Race this Stunning Colt with Jarrod Austin in Sydney 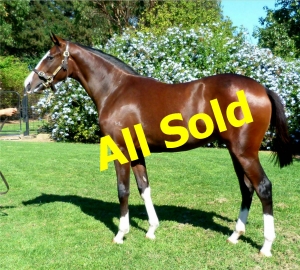 Not only did Helmet win two legs of the Two-Year-Old Triple Crown, he then topped off an already top class resume to capture the $1m Gr.1 Caulfield Guineas in 1:35.36, the fastest time recorded in the race’s history.

Known as a ‘sire making race’, other Caulfield Guineas winning stallions that have gone on to successful stud careers include VAIN, LUSKIN STAR, RED ANCHOR, REDOUTE’S CHOICE, SHOW A HEART, LONHRO and STARSPANGLEDBANNER.

This colt is a member of Helmet’s first crop of yearlings. They have been very well received in the sales ring to-date, fetching up to $230,000 and going to some very good judges.

This colt’s dam, LUSTRE, is a daughter of QUEST FOR FAME (GB). As a broodmare sire, QUEST FOR FAME has produced 26 Group winning horses including Gr.1 winners Champion 3yo Filly NORZITA, COMPLACENT, EREWHON, SKILLED, TAVISTOCK as well as European Gr. 1 victors AFRICAN ROSE and FAMOUS NAME. Exciting SW colts SCISSOR KICK and SIDESTEP are also out of a QUEST FOR FAME mares.

LUSTRE is already the dam of stakes winner GLOWS, who won four races from 1100m to 1200m including the Listed MVRC Typhoon Tracy Stakes. She also placed in the Gr.3 MRC WW Cockram Stakes and the Listed Kevin Hayes Stakes.

LUSTRE has had a total of three to race for two winners to-date and has an unraced MAGNUS two-year-old in the stables of Peter Moody and a weanling by WRITTEN TYCOON yet to represent her. She is now in foal to HIGH CHAPARRAL.

LUSTRE is a half sister to six winners, including Gr.3 NJC Newmarket Hcp and dual Listed winner FALAISE. He won ten races and $737,190 and placed in a further ten stakes races including a second in the Gr.2 Sir Byrne Hart Stakes.

Serious consideration has gone into the mating of HELMET over a QUEST FOR FAME mare. Our colt is bred on a very similar cross to Champion 2YO Colt in Australia in 2012-13, SIDESTEP, by Helmet’s sire Exceed And Excel out of a Quest For Fame mare. SIDESTEP has amassed to-date A$1,343,500 in winning the Gr. 2 ATC Pago Pago S, Gr.2 Royal Sovereign S, and Listed Darby Munro S, as well as running second to OVERREACH in the Gr. 1 ATC Golden Slipper and to CRITERION in the Listed Black Opal Stakes.

This colt’s mating earns a A++ True Nicks rating.

The colt was selected and will be trained by talented young Warwick Farm based mentor, JARROD AUSTIN.

Jarrod’s current season strike rate is 60% winners and placegetters. Three of those placings have been in stakes races including his charge TERRITORY running 1 length third to WEARY and DRIEFONTEIN in the Gr. 2 Expressway Stakes.

The brief given to Jarrod by OZ Racing was, “We want a horse with the WOW factor – something to get really excited about.” Jarrod has more than filled the brief with this lovely colt. He was purchased at the Inglis Melbourne Premier Sale and is therefore eligible for the $5 million Inglis Bonus Scheme.

“This colt took my eye the moment I saw him. He’s beautifully put together, has a look-at-me attitude and moves like an athlete. I’m excited to train him.”

Please see our attached Helmet Colt Brochure and below video for more information on this outstanding colt.

Want to see him in the flesh? Enquire about our ‘Pat And Chat’ morning on Sunday, 12th April at Jarrod’s Warwick Farm stables.